How to Identify Ageism in the Workplace

In a study by Hiscox, 67% of surveyed employees between ages 40 and 65 said they intend to keep working after turning 66. However, many are likely to encounter ageism, or age-related prejudice and discrimination, in the workplace.

According to a data analysis by ProPublica and the Urban Institute, 56% of workers over age 50 say they have been forced out of a job by at least one employer when they weren’t ready to leave. Incidentally, the Hiscox study found that “51 years old is the age at which workers believe they’re most likely to experience workplace age discrimination.”

Why are older employees so vulnerable to ageism? Many times, the reasons stem from stereotyping.

Common stereotypes of older people in the workplace:

But by treating these stereotypes as guaranteed truths, employers risk losing out on the benefits of an age-diverse workforce.

What older workers have to offer:

Still, ageism is rampant. So how do you stop it from invading your workplace? 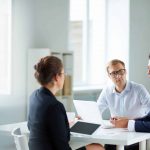 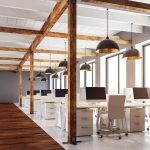