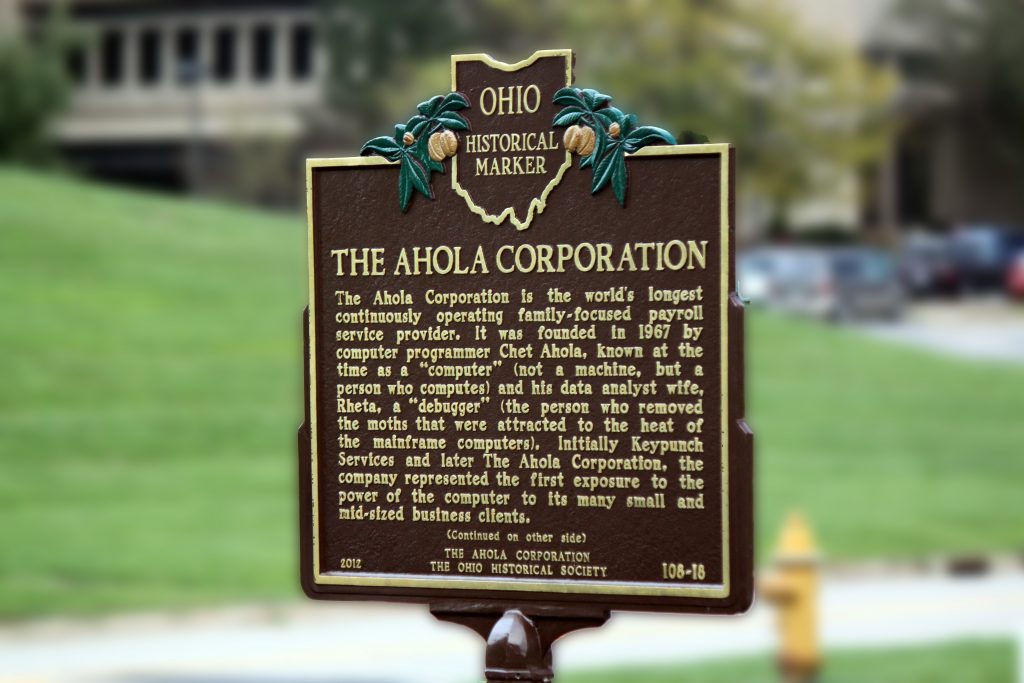 1967 – Keypunch Services is founded by Chester and Rheta Ahola, as a broad based information management service.

1980 – Mark Ahola, the oldest son of Chet and Rheta’s children, takes on the executive leadership. Chet and Rheta’s son Scott works as a programmer and daughter Marja becomes office manager.

1984 – Jeff Ahola comes back to work for the company, and changes the core business strategy to a service more preferable for their clients — outsourced payroll processing — and implements a marketing approach. Ahola then has 42 payroll customers.

1992 – Ahola is recognized by the IRS for successfully filing over 500,000 documents electronically and without error.

2002 – The Ahola Corporation led the way in technological advancement by moving from DOS processing to Windows with their original software program, Generations. Generations, developed in-house, gave Ahola many options and capabilities not available in the previous system.

2005 – The Ahola Corporation Michigan Sales office is opened in Lansing.

2011-Ahola expands its service offering to include a cloud-based human capital management, iSolved.

2012-Ahola is honored with an Ohio Historical Marker and is recognized as the world’s longest continuously operating family-focused payroll provider.