Trending Topic: HR Policies for Dating in the Workplace

53% of work romances are between employees in different departments…

According to a  Society for Human Resource Management Workplace Romance survey of HR professionals, many employers are taking a hard look at workplace romances. More than twice as many employers (42 percent) have written or verbal policies on office romances than in 2005, when the rate was 20 percent. The survey canvassed 380 HR professionals from July 9 to 26, 2013.

Most respondents (67 percent) said the number of romances among employees had remained the same over the eight-year period during which the survey was conducted.

Companies realize they aren’t going to stop people from having romantic relationships, so explicit policies help them protect the organization from claims of sexual harassment, ensuring that there’s no favoritism or conflict that may hurt productivity and affect morale.

Most managers know that more rigid policies are not needed — this just drives romantic interludes underground. The situation calls for careful consideration, communication and commonsense guidelines that must be communicated clearly and frequently to staff.

Your policies should stress rules of decency, courtesy and etiquette in a sensible framework. Let your company’s values and principles rule — a simple set of tenets. The underlying philosophy assumes everyone is adult and can be honest and forthright. You may allow for consensual relationships but require that the more senior person involved in a romance disclose whether the relationship is between a superior and a subordinate.

Some firms make their romance guidelines part of their overall diversity policy. By asking the more senior person to fess up, the company can ensure the supervisor has no input into the junior person’s workload or raises. Policies seek to avoid distractions, subpar work, adverse affects on co-workers and conflicts.

Consider some of the survey’s most notable findings:

Be prepared to address other problems that may arise from workplace romances:

Policies delineate prohibitions against the following:

Employees are working longer hours in environments that encourage teamwork and familiarity. As work continues to become more time-consuming, less leisure time is available for outside activities, and workplace romances are becoming more common.

One of the best ways to prevent any sort of harassment is to articulate in your policy that if a worker experiences any discomfort, he or she should speak to a supervisor promptly. If you need guidance establishing sound policies that address workplace romances, contact us today. 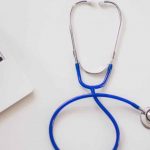